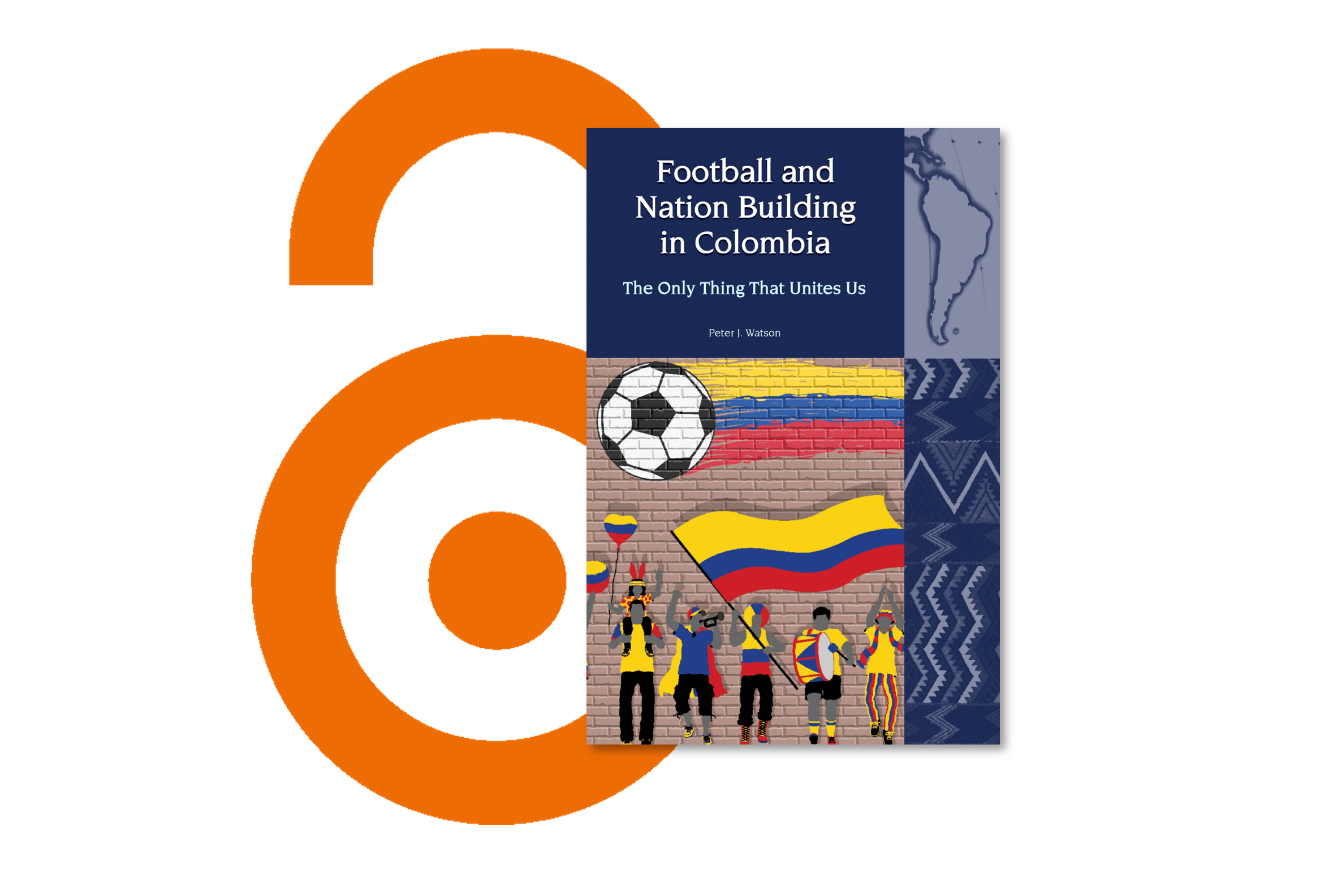 Liverpool University Press (LUP) is pleased to announce the publication of its first academic monograph funded entirely by the Opening the Future library membership scheme. In May we announced that LUP had reached the funding threshold to produce two new OA books, and we are pleased that the first of these is now freely available worldwide to read and download from the LUP website at liverpooluniversitypress.co.uk/books/id/56283. It will also be available on JSTOR, OAPEN, and listed on DOAB.

This first book on Colombian football in English explores the pivotal role that football played as part of Colombian President Juan Manuel Santos’ national unity project centred on the peace process with the FARC. Football has huge political and social capital in Latin America, and has often been rhetorically deployed by governments for various ends; rarely, however, has football’s power and potential been used in such a deliberate, strategic and active way towards a national peace process and targeted such enduring divisions that have historically impeded a sense of a united nation and national identity.

LUP’s CEO, Anthony Cond, said “We are delighted to announce that our first Open Access book fully funded by the initiative is now freely available to read and download via our website. Opening the Future offers an innovative foundation to support open access publishing more broadly and we are particularly proud of the energetic uptake we've seen in support for the project from libraries and institutions around the world.”